The Memphremagog regional municipal county is a magnificent region with a wealth of majestic mountains and lakes. In the late 18th century, mostly American but also English settlers founded many of the hamlets that have today become towns and villages. Beginning in 1840, French Canadians started settling in the region as well, leaving behind the overcrowded seigneurial concessions along the Saint Lawrence River to “open” new lands. Irish immigrants also became part of this population movement, particularly in the Magog area. The wood industry was one of the first economic engines, but served almost exclusively as a domestic resource. In the 19th century already, roads led the Americans to their second residences, guest houses, and deluxe hotels. Today, the region continues to be well known for its tourism industry. 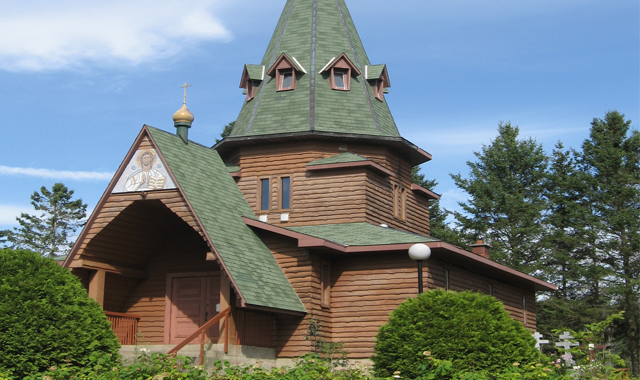 The arrival of colonel Henry Ruiter of the British army, fleeing New York after the American Revolution, began settlement in 1790. Then Loyalists and other Americans from Vermont came looking for valuable land.

The pioneers quickly realized the hydraulic potential of the rivers to power the mills that would be key to their new economy. 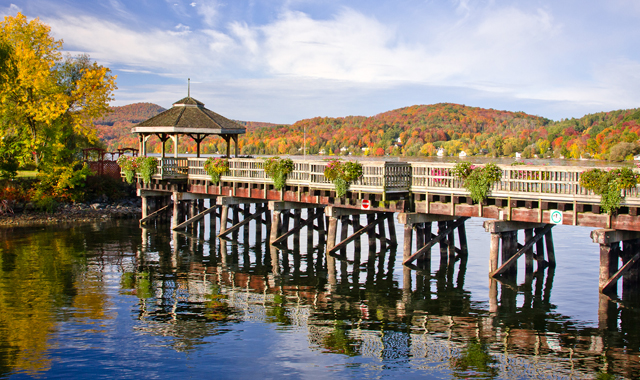 Located at the outlet of Lake Massawippi, “lake of deep waters,” North Hatley was originally called the Outlet. It was first populated by the Abenakis, who hunted, fished, and held their ceremonies along the St. Francis River. In 1792, Ebenezer Hovey, captain of the militia in Connecticut, and Henry Cull submitted their request to the British Crown to obtain a concession of lands, which they received on March 25, 1803.

North Hatley was founded in 1897 at the northern tip of Lake Massawippi. Like its neighbouring village of Hatley, North Hatley grew thanks to the effort of immigrants gathered under the Company of Associates, whose goal was to obtain concessions in Lower Canada. In 1880, the construction of a rail line consolidated the village reputation as a resort, to the point that between 1902 and 1909, it reached a peak in numbers of tourists. 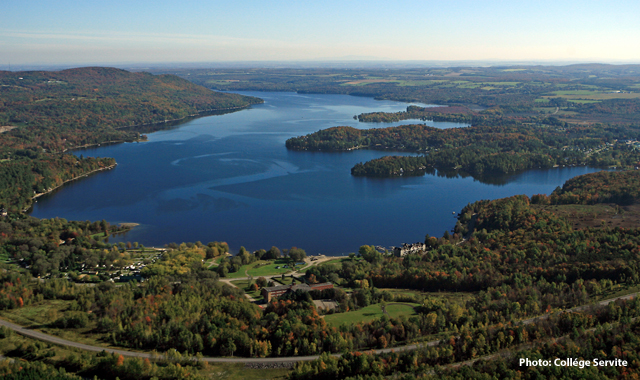 The first settlers arrived in Ayer’s Cliff in 1797. Several attractions await the visitor, century-old houses, magnificent views of Lake Massawippi, the round barns... 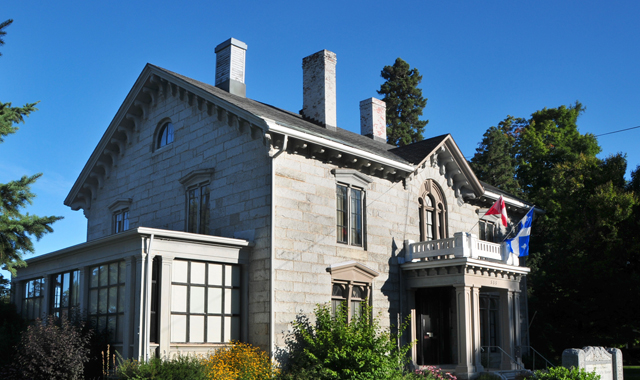 On the impressive Dufferin street in Stanstead sits the Colby-Curtis museum, located in a sumptuous 19th century manor. Admirably preserved and filled with unique artefacts testifying to the affluence of the Anglo-Canadian elite, this house invites you to travel back in time.

Enjoy a traditional English tea while gazing at the Victorian garden! 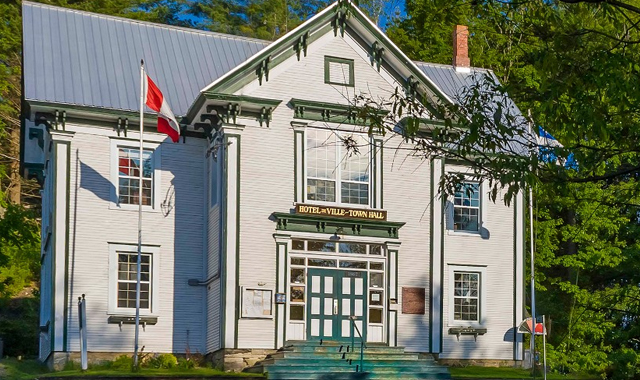 The municipality of Bolton-Est is a crossroads of nature and history located in the Missisquoi River valley, in the heart of the Appalachian corridor. Bolton-Est is renowned not only for the beauty of the land and quality of life, but also for its wealth of history and heritage. Proclaimed in 1797, Bolton Township is the namesake for Bolton-Est and was settled very early by Loyalists. 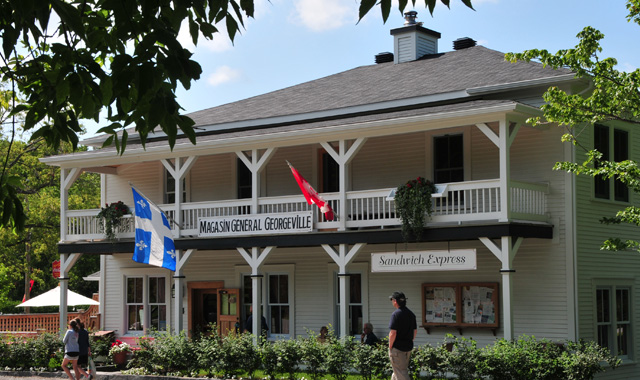 The village of Georgeville was first known as Copp’s Ferry in honor of Moses Copp who settled there with his family in 1797. Its current name dates from 1825. Located on the eastern shore of Lake Memphremagog, it was for a long time a direct link for travelers from Montreal to Boston. Its location allows it to avoid commercial tourism while its architecture heritage is of special interest, two significant features which give Georgeville its unique charm. 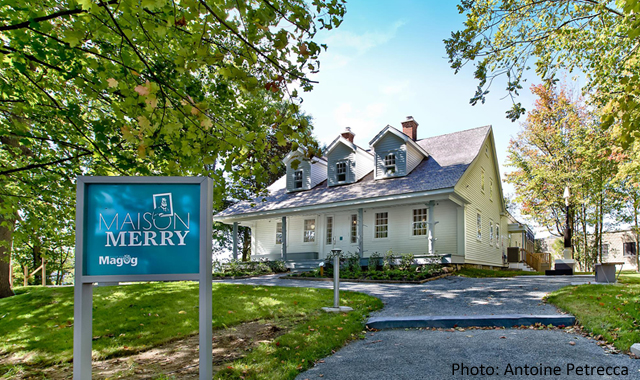 The Merry House is a citizen site of memory which shares the history, heritage, and archaeology of Magog and its region, from the time of the Aboriginal peoples and the American settlers, up to today.  Located by the Magog River, the Merry House is strategically positioned in the city centre.

Many activities are offered to the visitors such as exhibitions, family introductory workshop on archeology, educational activities and various special events renewed annually.

Also, thanks to a free mobile experience, it is possible to explore the outdoors while unveiling more photos and videos testifying of the strategic importance of our patrimonial site.  Welcome to the Merry’s! 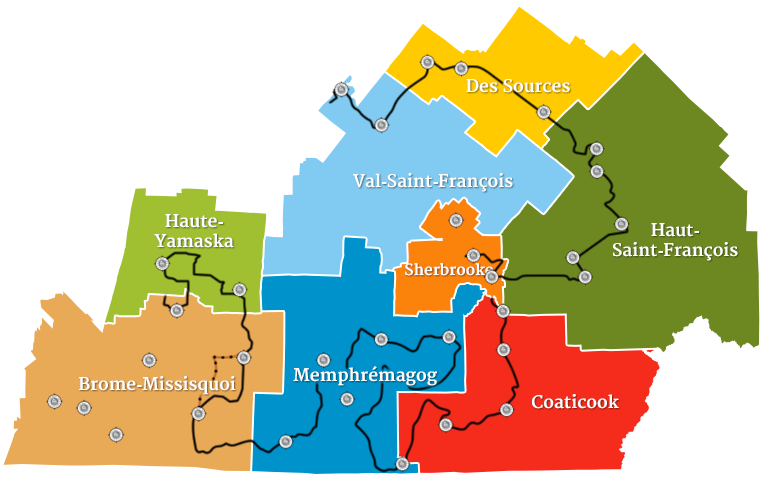